On 28 September – World Rabies Day – rabies experts at WHO and around the world are highlighting dog vaccination programmes as the most effective way to reduce the risk of this disease that kills around 50 000 people every year.
September 2012
When a boy playing in the street in Mumbai is bitten by a dog, he probably won’t tell anyone because he is scared he will be punished for playing with dogs. This is a particular problem if that dog has rabies. By the time the boy starts showing signs of the disease, it will be too late to save his life. Symptoms, (which include fever, hyperactivity, excited behaviour, difficulty swallowing or paralysis) may appear any time between 2 to 8 weeks after the bite. The victim then usually dies painfully in less than a week.
World Rabies Day highlights dog vaccination programmes
On 28 September – World Rabies Day – rabies experts at WHO and around the world are highlighting dog vaccination programmes as the most effective way to reduce the risk of this disease that kills around 50 000 people every year. Worldwide, dog bites are the cause of almost all human rabies’ deaths, with much smaller number of cases occurring each year from other domestic and wild animals, including bats.
“We have all the tools to eliminate rabies but it’s an uphill battle to bring the disease to the limelight to initiate and sustain large-scale, regional rabies elimination programmes,” says Dr François-Xavier Meslin, from WHO’s Department of Control of Neglected Tropical Diseases.
Asia and Africa – 95% of human deaths
Potentially dog rabies threatens over 3 billion people in Asia and Africa where more than 95% of human deaths occur. Although the disease is present in more than 150 countries, China and India together carry more than a third of the world’s health burden, with thousands of rabies deaths per year.
WHO recommendations
Rabies is a particular threat to poor people living in rural settings where there are no measures to control the disease in animals, low awareness of the need to seek health care after a dog bite, and limited access to human rabies vaccines.
If a person is bitten or scratched by a suspected rabid animal, WHO recommends immediate thorough cleansing of the wound, multiple rabies vaccine injections and, in severe exposures, administration of rabies immunoglobulin.
Cost-effectiveness of rabies vaccination
Every year around the world more than 20 million people are vaccinated against rabies after being bitten. Around 40% of them are under the age of 15. The cost of the full treatment is around US$ 100. As this is equivalent to several months of income for many households in Africa and Asia, a suspect bite can cause a lot of financial stress and force families into debt to pay for the entire treatment schedule.
“Vaccinating dogs is a cost-effective proposal in the long term as human post-exposure treatment is not needed in rabies-free areas,” says Dr Meslin. Dog vaccination costs are as little as US$ 0.50 per dog.
Kevin Le Roux, from the Department of Agriculture in the South African province of KwaZulu-Natal manages a project funded by the Bill & Melinda Gates Foundation that has cut the prevalence of rabies in dogs by more than half in just 3 years.
“For the first time in 20 years, we have had a period of 12 months in which there were no human deaths from the disease in the province,” he says. “In KwaZulu-Natal, the number of humans affected by TB or HIV by far exceeds that of rabies victims. But rabies is such a horrific disease. It’s always deadly and we can stop it at relatively little cost.”
Challenges to controlling rabies in dogs
Controlling rabies in dogs is not without challenges. One of the main hurdles is getting political commitment and community support, says Dr Gyanendra Gongal, a scientist from WHO’s Regional Office for South-East Asia. “In many Asian countries, the domestic dog is neglected by veterinary services because, unlike livestock, they are not an economic commodity,” he says. “Stray animal control often comes under the jurisdiction of local governments and it can be a challenge to work with so many local authorities.”
Dogs thrive in urban environments, particularly near markets where food is easily accessible. Even dogs that have owners are often left free to roam the streets.
WHO collaborates with animal welfare organizations to promote “catch, vaccinate, sterilize and release” activities and encourage responsible dog ownership as part of comprehensive human and dog rabies control programmes.
“Neighbouring countries need to work together to tackle this disease,” says Dr Gongal. “Infected dogs incubating the disease can be transported by motorcycle, boat or car over large distances. This can spread the disease to rabies-free areas, as has happened in Indonesia, and across national borders.”
Targets to eliminate rabies
Latin American countries have set targets to eliminate human and dog rabies by 2015. Countries in South-East Asia aim to do the same by 2020. Significant progress has already been made in particular in Sri Lanka, where mass dog vaccination has reduced rabies deaths from more than 350 in 1973 to 50 in 2010, and in Thailand where mortality from rabies has fallen from 170 deaths in 1991 to 7 in 2011.
Posted by Unknown at Friday, September 28, 2012 No comments: Links to this post 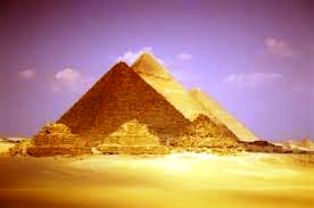 Email ThisBlogThis!Share to TwitterShare to FacebookShare to Pinterest
Labels:photos MEETINGSاجتماعات

Email ThisBlogThis!Share to TwitterShare to FacebookShare to Pinterest
Labels:photos BEEالنحل 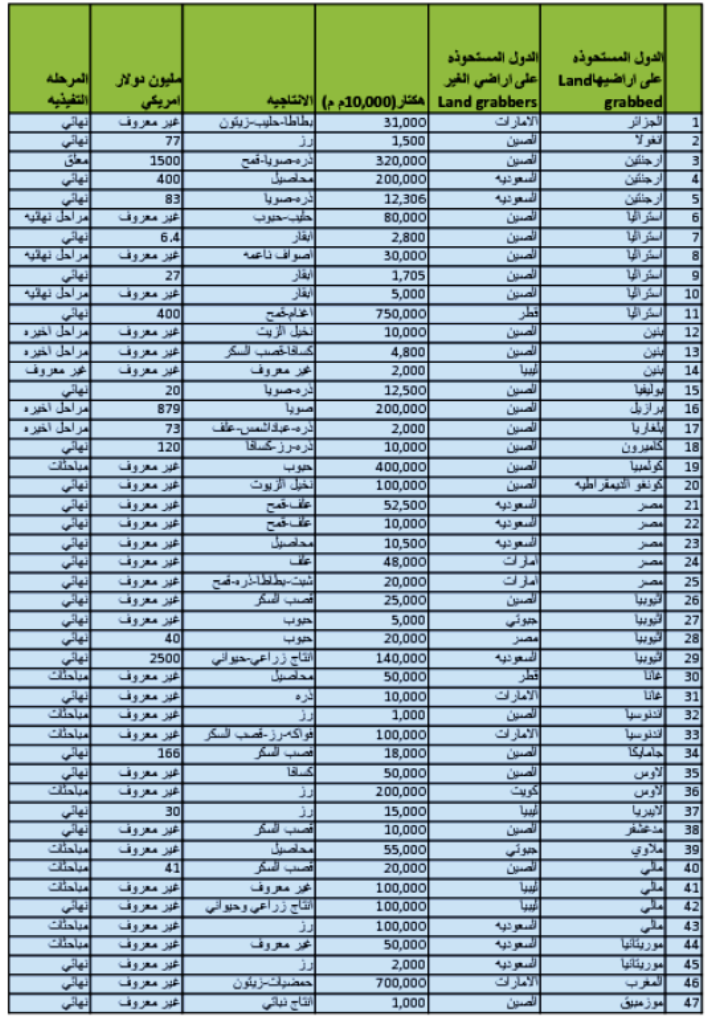 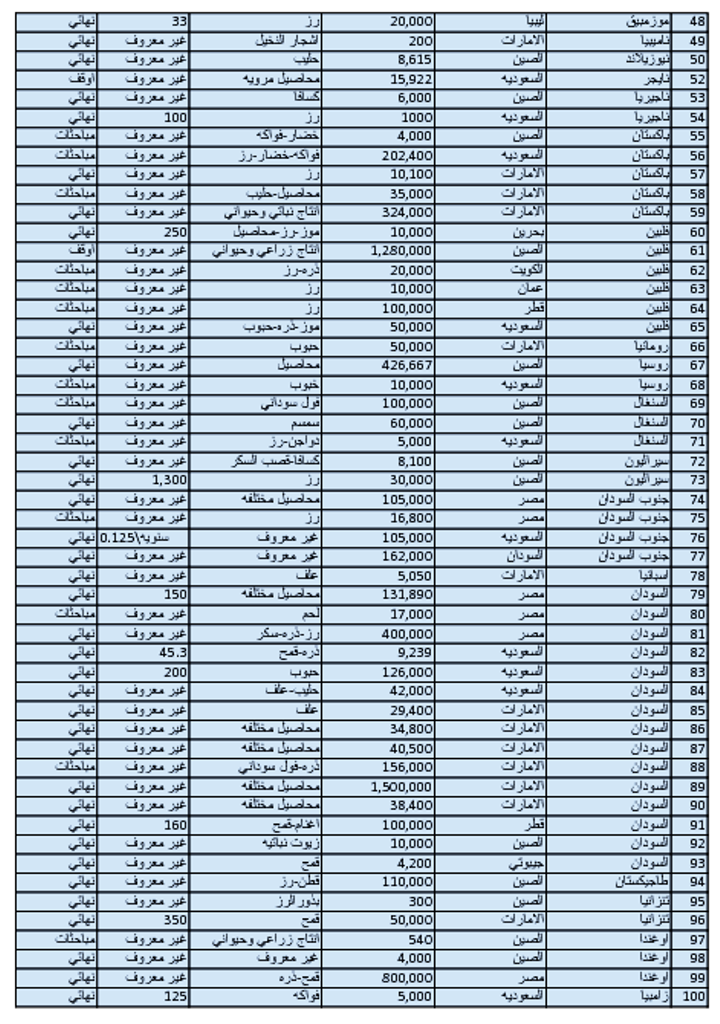 Posted by Unknown at Tuesday, September 25, 2012 No comments: Links to this post

Email ThisBlogThis!Share to TwitterShare to FacebookShare to Pinterest
Labels:photos الصحافهMEDIA 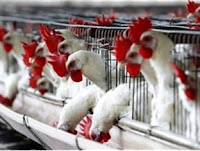 Why are the FAO and the EBRD promoting the destruction of peasant and family farming?

Social organisations say they are shocked and offended by a Wall Street Journal article written by the Director General of the UN's Food and Agriculture Organisation and the President of the European Bank for Reconstruction and Development which calls on governments and society to embrace corporations as the main engine for global food production. In a collective statement, the groups say the FAO is abandoning its mission by promoting the destruction of peasant farming and land grabbing by agribusiness.
Read the statement here: http://www.grain.org/e/4572
14.9.2012. GRAIN.ORG

Posted by Unknown at Sunday, September 16, 2012 No comments: Links to this post

Posted by Unknown at Sunday, September 16, 2012 No comments: Links to this post

Email ThisBlogThis!Share to TwitterShare to FacebookShare to Pinterest
Labels:photos MEAT 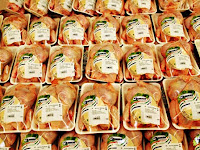 JORDAN - Scores of poultry breeders held a sit-in outside the agriculture ministry on Sunday, asking the government to take a series of measures to help the sector.


Their demands include lifting the sales tax on chicken and eggs, allowing cheaper Asian labourers to work in the sector, subsidising fodder, monitoring retailers and most importantly, reversing a decision to allow the import of eggs, saying they have the ability to meet the market's needs of eggs and poultry, reports The Jordan Times.

The poultry breeders also urged the government to stop allowing imports of frozen chicken, claiming that imported products have driven down prices to an unacceptably low level.

"We cannot sell our chicken and eggs like before, after the government opened the door for imports. This is endangering our business," Kamal Qaraan, a poultry breeder who works and lives in Tafileh, said during the sit-in.

"The government should subsidise fodder. We are losing every day. The number of small poultry breeders who work in the sector to support their families is huge. I support a family of 14 from my business in the sector. It would be a disaster if I had to close my poultry farm."

"Currently, one kilo of chicken costs us JD1.4 but we sell it to retailers for JD1.2 or sometimes JD1.1 because they do not buy like in the past as the market is flooded with imported frozen chicken, which is sold to consumers for about JD1.2 or JD1.3," Mr Tabashat said.

"I support a family of 12 and I owe banks and credit lending associations more than JD10,000. If I lose my business it will be a problem. The government should be merciful with us or leave," he said.

Voicing support for the breeders' demands, Nimer Haddadin, spokesperson of the Ministry of Agriculture, said the ministry had proposed forming a committee representing all involved parties to start a dialogue and address their needs, but the demonstrators refused.

Haddadin said the decision to allow egg imports had been made after local production fell and consumer prices rose due to inadequate supply.

"We understand their needs, but we opened the door for importing eggs because we wanted to address the imbalances in the market as the price of eggs rose sharply recently," he told The Jordan Times, calling the JD2 billion poultry sector vital to the country's economy.